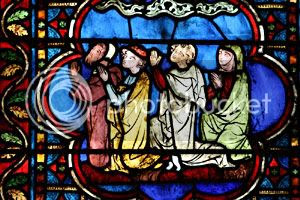 The essays in this section deal with issues related to belief and reasons to believe without arguing "proofs," as well as essays on the nature of belief itself. The arguments on this page are about freedom from the need to prove, those on the warrant page are, not proofs, but are more actively intended to give unbelievers reasons to consider belief.

The Argument of the Religious a priori
This argument demonstrates why science cannot be a negation of belief in God. It also showshat the name of we website meanjs.

(4) Schleiermacher's Implied OANEW
Based upon the assumptions behind the feeling
of utter dependence; draws upon the Platonic
backgound of the arguemnt and Anselm's observation
about the fool.

Essays and Arguments Defending my Religious Experience Arguments***
Defense of M scale and other methodological defenses of the studies in my book that I use to back up my religious experience arguments.

On Rational Warrant
My God arguments don't seek to prove that God exits but to prove that religious belief is ratinoally warranted.This is a concept based upon the theories of Stephen Toolman, this article is about those theories of argument.

The Courage to Be vs. The Cowardly Mind

QM particles: no proof of soemthing from nothing
Many atheists look to the alleged tendnecy of Quantum particles
to seemingly spring up with no cause, as a proof of the possibility that
the universe needs no cause. This is fallacious.

Science Makes Extrapolations from DATA
support theories they don't have direct evidence for.

this is in answer to the atheist mantra "we don't want
arguments, we want facts.
God arguments can also extrapolate

Derridian Background on TS argument
what you need to know to understand the previous
argument.