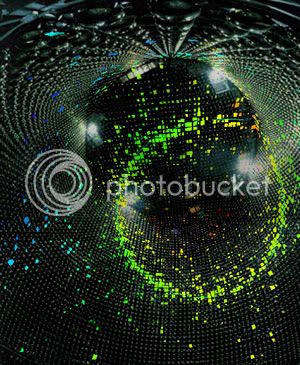 this is in direct response to the atheist mantra that "we don't want arguments we only want facts." Science is always extrapolating form facts to argue for conclusions not empirically factual. there are many examples.

"The whole body of empirical science is built on observations. However intuitively appealing and mathematically educated our theories may be, they only enter the domain of standard empirical science when tested, checked, and confronted with external reality through the means of observations. The entities and facts we talk about in empirical science must have some detectable effects; they must knock at our door (however softly). That makes the big difference between the particles which have been detected (however indirectly), like electrons, or even quarks or W bosons, and the (up to now) purely speculative particles, undetected by any account, like Higgs bosons, photinos or superstrings. "

that says point blank that they have undetected particles. their existence is assumed in relation to theory and the effects upon known particles. that's the kind of answer Mat was trying to give. what Mat can't get through his head is that I can say the same thing about my God arguments.

"astronomy and cosmology, dark matter is matter that neither emits nor scatters light or other electromagnetic radiation, and so cannot be directly detected via optical or radio astronomy.[1] Its existence is inferred from gravitational effects on visible matter and gravitational lensing of background radiation, and was originally hypothesized to account for discrepancies between calculations of the mass of galaxies, clusters of galaxies and the entire universe made through dynamical and general relativistic means, and calculations based on the mass of the visible "luminous" matter these objects contain: stars and the gas and dust of the interstellar and intergalactic medium. Many experiments to detect dark matter through non-gravitational means are underway."

do you see what that says? "it's existence is inferred." do you understand that? it means no direct empathetical evince.

Timeline on Neutrinos
"History of the Neutrinos"

They were talking about them and theorizing and from the 1930s they didn't have a direct proof of them until 1956. For 30 years they did not have direct proof but they still assumed they could exist. They had reason to. But I have reason to assume God exists.

Atheists have argued on this point "but we can trust the inference." I'm saying yes we can but I also make the kind of inference for God and that can be trusted too for the same reasons. That's true but it also means we can trust inferences on god arguments if they done correctly.

From what we know today, misters Neutrinos were born around 15 billions years ago, soon after the the birth of the universe. Since this time, the universe has continuously expanded, cooled and neutrinos have made their own way. Theoretically, they are now many and constitute a cosmic background radiation whose temperature is 1.9 degree Kelvin (-271.2 degree Celsius). The other neutrinos of the universe are produced during the life of stars and the explosion of supernovae.

But the idea of the neutrino came to life only in 1930, when Wolfgang PAULI tried a desperate saving operation of "the energy conservation principle". The 4th of December 1930, invited at a physicists workshop in Tubingen, he sends to his colleagues a strange letter...

In February 1932, J. Chadwick discovers the neutron, but neutrons are heavy and do not correspond to the particle imagined by Pauli.

At Solvay conference in Bruxelles, in October 1933, Pauli says, speaking about his particles:

"... their mass can not be very much more than the electron mass. In order to distinguish them from heavy neutrons, mister Fermi has proposed to name them "neutrinos". It is possible that the proper mass of neutrinos be zero... It seems to me plausible that neutrinos have a spin 1/2... We know nothing about the interaction of neutrinos with the other particles of matter and with photons: the hypothesis that they have a magnetic moment seems to me not funded at all."

In 1933, F. Perrin shows that the neutrino mass has to be very much lower than the electron mass. The same year, Anderson discovers the positron, the first seen particle of anti-matter, verifying thus the theory of P.A.M. Dirac and confirming the idea of neutrino in the minds of Pauli and Fermi. End of 1933, while Frederic Joliot-Curie discovers the beta plus radioactivity (a positron is emitted instead of an electron), Enrico Fermi takes the neutrino hypothesis and builds his theory of beta decay (weak interaction).
[ Since this time, physicists have made a lot of progress in the understanding of weak interaction and we now speak about protons and neutrons, composed of three quarks each. One of the quarks of the neutron transforms into an one, producing the emission of a W boson, which decays into an electron and an anti-neutrino ]

The neutrino quest begins, but people had to be quite reckless and persevering in those years because, as soon as 1934, Hans Bethe and Rudolf Peierls showed that the cross section (probability of interaction) between neutrinos and matter should be extremely small: billions of time smaller than the one of an electron. This particle interacts so weakly with matter that it can go through the whole earth without deviation.

Until the end of the forties, physicists try to measure the recoil of a nucleus during its beta decay. All the measurements are compatible with the hypothesis of only one neutrino emitted with the electron. But no direct observation of neutrino seems feasible, since its predicted probability of interaction is too weak for any feasible experiment: a very abundant source of neutrinos and a very sensitive and huge heavy detector are needed. In 1939, Luis Alvarez shows that tritium is radioactive. Until today, beta decay of tritium has been used to give the best limit on the neutrino mass.

In 1945, the first atomic bomb explodes. Despite of the horror it inspires, it is for the physicists a remarkable powerful source of neutrinos. Frederick Reines, who is working at Los Alamos, speaks to Fermi in 1951 about his project to place a neutrino detector near an atomic explosion. In 1952, he meets Clyde Cowan and they finally agree to use a more "pacific" source of neutrinos: the nuclear plant of Hanford, Washington.
The detector is quickly built. Their experiment is proposed in February 1953, realized in spring and their results come out during the summer 1953. But the signal is not convincing. They do again their experiment in 1956, more carefully and this time near the nuclear plant of Savannah River, South Carolina. The improvements made, especially do decrease the background signal, give them the jack pot! The neutrino is here. Its tag is clearly visible in the detector, well above the backgrounds like cosmic radiation signals.

[ Near the same nuclear plant, other physicists, like Luis Alvarez or Ray Davis, had tried to detect neutrinos using carbonate chloride solutions, where chlore should have transform into radioative argon under the interaction with a neutrino. Unfortunately for them, a nuclear plant delivers only anti-neutrinos! ]

Reines and Cowan experiment principle consisted in using a target made of around 400 liters of a mixture of water and cadmium chloride. The anti-neutrino coming from the nuclear reactor interacts with a proton of the target matter, giving a positron and a neutron. The positron annihilates with an electron of the surrounding material, giving two simultaneous photons and the neutron slows down until it is eventually captured by a cadmium nucleus, implying the emission of photons some 15 microseconds after those of the positron annihilation. All those photons are detected and the 15 microseconds identify the neutrino interaction.

We went 40 years without knowing the mechanism for smoking causing cancer but we acted on the fact of a very tight correlation by itself. (

Thanks to years of research, the links between smoking and cancer are now very clear. Smoking is the single biggest cause of cancer in the world, and accounts for one in four UK cancer deaths.

In the UK, smoking kills five times more people than road accidents, overdoses, murder, suicide and HIV all put together.

Thanks to years of research, the links between smoking and cancer are now very clear. Smoking is the single biggest cause of cancer in the world, and accounts for one in four UK cancer deaths.

In the UK, smoking kills five times more people than road accidents, overdoses, murder, suicide and HIV all put together.

Smoking causes nine in ten cases of lung cancer. Lung cancer has one of the lowest survival rates of all cancers, and is the most common cause of cancer death in the UK. The good news is that most of these deaths are preventable, by giving up smoking in time.

Smoking also increases the risk of over a dozen other cancers including cancers of the mouth, larynx (voice box), pharynx (upper throat), nose and sinuses, oesophagus (food pipe), liver, pancreas, stomach, kidney, bladder, cervix and bowel, as well as one type of ovarian cancer and some types of leukaemia. There is also some evidence that smoking could increase the risk of breast cancer.


it's claim none of you are willing to face.

that second quote is also interesting because it points out what I said before about neutrinos were originally hypothesized without any proof of them based upon the need to assume they exist.

that's the basis of my God arguments.