The Empirical Study of Mystical Experience 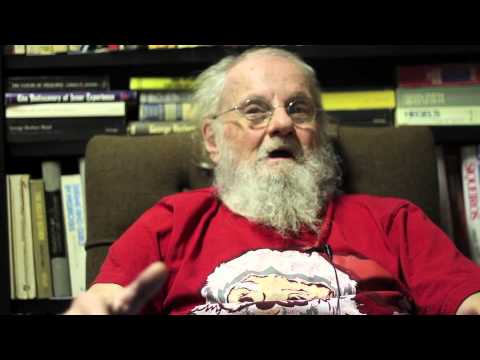 
In a series of empirical measurement based studies employing the Mysticism scale introvertive mysticism emerges both as a distinct factor in exploratory analytic studies [24] and also as a confirming factor analysis in cultures as diverse as the United States and Iran; not only in exploratory factor analytic studies (Hood & Williamson, 2000) but also in confirmatory factor analyses in such diverse cultures as the United States and Iran (Hood, Ghornbani, Watson, Ghramaleki, Bing, Davison, Morris, & Williamson. (2001).[25] In other words, the form of mysticism that is usually said to be beyond description and beyond images, as opposed to that found in connection with images of the natural world, is seen through reflection of data derived form the M scale and as supporting factors in other relations. Scholars supporting the unity thesis (the mystical sense of undifferentiated unity—everything is “one”) have conducted interviews with mystics in other traditions about the nature of their introvertive mystical experiences. These discussions reveal that differences in expression that might be taken as linguistics culturally constructed are essentially indicative of the same experiences. The mystics recognize their experiences even in the expression of other traditions and other cultures. These parishioners represent different forms of Zen and Yoga.[26] Scholars conducting literature searches independently of other studies, who sought common experience between different traditions, have found commonalities. Brainaid, found commonality between cultures as diverse as Advanita-Vendanta Hinduism, and Madhmika Buddhism, and Nicene Christianity; Brainaid’s work supports conclusions by Loy with respect to the types of Hinduism and Buddhism.[27]

The upshot of this work by Hood is two fold: on the one had it means there is a pragmatic way to control for the understanding of what is a mystical experience and what is not. Using Stace as a guide we find that modern “mystics” around the world are having Stace-like experiences. Thus Stace’s view makes a good indication of what is and what is not a mystical experience. That means we can study the effects of having it. Of course Stace drew conclusions from his own survey vof literature of the great mystics. Now other scales have been attempted and none of them had the kind of verification that the M scale does, but taken together the whole body of work for the last fifty years or so (since Abraham Maslow) shows that religious experience of the “mystical” sort is very good for us. People who have such experiences tend to find positive, dramatic, transformation in terms of outlook, mental health and even physical health.


Over the years numerous claims have been made about the nature of spiritual/mystical and Maslow's “peak experiences”, and about their consequences. Wuthnow (1978) set out to explore findings regarding peak experiences from a systematic random sample of 1000 persons and found that peak experiences are common to a wide cross-section of people, and that one in two has experienced contact with the holy or sacred, more than eight in ten have been moved deeply by the beauty of nature and four in ten have experienced being in harmony with the universe. Of these, more than half in each have had peak experiences which have had deep and lasting effects on their lives. Peakers are more likely also, to say they value working for social change, helping to solve social problems, and helping people in need. Wuthnow stressed the therapeutic value of these experiences and also the need to study the social significance of these experiences in bringing about a world in which problems such as social disintegration, prejudice and poverty can be eradicated. Savage et al., (1995) provided clinical evidence to suggest that peakers produce greater feelings of self-confidence and a deeper sense of meaning and purpose. Mogar's (1965) research also tended to confirm these findings.[ 28]

The body of work to which I refer consists of about 200 studies (one could say 300 but let’s be conservative). [29]A huge part of that (about 50) is taken up with the prolific work of Ralph Hood. Not all of these studies use the M scale but it has become standard since the 90s. The body of work here discussed stretches back to the 1960s and the studies of Abraham Maslow. The study of mental health aspects has grown by leaps and bounds over the last couple of decades. Since the deployment of the three part solution of the M scale the studies have been more empirical and better controlled. The effects and their transformative qualities could be understood as rational warrant for belief in God, I have so argued in The Trace of God. [30]