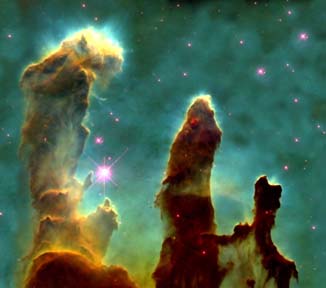 this page is back under construction while I work on adding three new arguments.
(1) Three arguments based upon religious experience.New

(2) Hartshorne's modal argumentNew
Hartshorne translated the ontological argument into S5 modal logic and made t one the strongest God arguments.


(3) Cosmological ArgumentsNew
My own argument, supporting material, more CA arguments including Samuel Clarke's, Koons, and a couple more of mine.

(4) An Ontological Argumemt from the Nature of Being Itself

Abductive argument based upon the nature of
metaphysical hierarchy.


(6)Argument from Laws of Nature and Physics*NEW*
update of "fire in the equations.(Doxa)

(9) Argumemt from religious a priori