Argument from Eternal Necessary Being 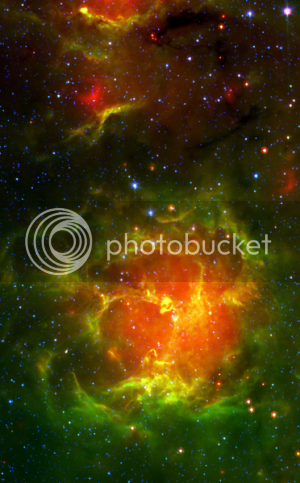 The point is that certain conditions had to be present to cause the universe, and those conditions include an aspect of being that has long been though of as "the divine," or God; these include eternal necessary ground of all being. That is the aspect of being that we might think of as "being itself" is eternal necessary and the ground of all else that exists.

Necessary aspect of being: Basis of all caused forms of being that is itself not caused and eternal.

Contingent or "dependent:" The conditions of owing the basis of its existence to some prior agency, or an agency that is higher up on the ontological scale of causality.

Super Essential Godhead: Concept of God used by Christian Platonists such as Pseudo-Dionysus (500 AD) and translated by the works of Paul Tilllich and other theologians into modern terms such as "being itself" or "the ground of being."


(2)  A state of total absolute nothing lacks time and physical law, since these are not nothing.


(3) Therefore, ultimate origin of all things from a state of total absolute nothing is impossible, since it lacks the necessary elements for becoming to take place.


(4) An ultimate origin of all things from a state of contingency is a contradiction in terms: a contingency would require an ontologically prior (or "higher") condition to explain it.

(5) Infinite causal regress is a contradiction in terms, since "causal" implies an explanation for the existence of a state of affairs and ICR has none; therefore ICR is impossible as a ultimate origin of all things.

(6) Therefore, the ultimate origin of all things must be eternal necessary being, from 3 and 5.


(7) Eternal Necessary Being is the basic description of the Super-essential Godhead, therefore, belief in the SEG as the ultimate origin of all things is rationally warranted.


Quantum Theory Does not prove something from Nothing

Hawking's Theory is not an Answer

Not fallacy of composition


a page with lots of good cosmological data.